Being able to triumph over death and live forever is a dream as old as mankind itself. But is eternal life really desirable? This is the theme of Leoš Janáček’s opera The Makropulos Case. The lead role is played by the internationally acclaimed soprano Agneta Eichenholz, who began her career here at Malmö Opera.

The opera’s backstory tells of the desire of the Holy Roman Emperor Rudolf II, ruler of 16th century Europe, to achieve eternal life. He ordered his Greek court alchemist Makropulos to make an elixir for this purpose. The Emperor wanted proof that the potion worked and therefore forced Makropulos to test the elixir on his daughter.

THE HUNT FOR THE RECIPE

The opera’s plot then develops into a detective story full of mystery and intrigue. Elina Makropulos has been alive for 337 years and has lived in different countries under different names, although always with the initials EM. She is now an acclaimed opera singer who goes by the name Emilia Marty.

The effects of the elixir are starting to wear off, and Emilia is therefore desperate to find the old recipe. She suspects that the secret is linked to an inheritance dispute between two families, so she turns up at just the right time at the office of the law firm that is handling the dispute.

However, in her desperation to avoid death, Emilia has forgotten to ask herself a very important question: Is eternal life really desirable? What happens to a person when they are forced, time after time, to bid farewell to friends and loved ones?

The role of Emilia Marty is played by the internationally acclaimed soprano Agneta Eichenholz, who began her career here at Malmö Opera. After completing her studies at the Malmö Academy of Music, she immediately received a place in the choir for the Swedish musical Kristina från Duvemåla, and she also stood in for Helen Sjöholm in the lead role on a number of occasions.

Following further education at the University College of Opera in Stockholm, she returned to Malmö Opera to perform the lead role in La traviata and has since enjoyed a brilliant international career with performances at many of Europe’s most famous opera houses.

A DELIGHT FOR THE EARS

The mature musical language of Leoš Janáček, with layers of short, powerful motifs intertwined in a slightly modernistic style, is a delight for the ears. He wrote the libretto himself, and the music and text combine to provide us with a story that is both touching, captivating and dramatic. 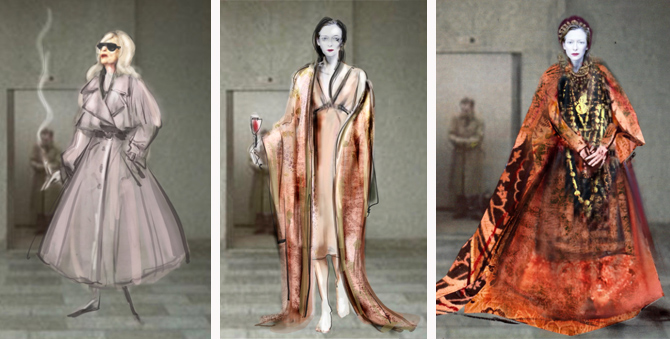 LISTEN TO THE MUSIC