Circus Days and Nights - in English

Circus Days and Nights, is sung in English with Swedish surtitles. World premiere May 29, 2021.

Circus Days and Nights, a new opera by legendary composer Philip Glass based on a poem by American poet Robert Lax, is co-produced by Cirkus Cirkör and Malmö Opera. The collaboration will feature a unique, never before seen fusion of circus and opera.

Its inspiration is Robert Lax’s masterwork Circus Days and Nights, a collection of poems that draws us into the poet’s fascination with acrobats and the circus lifestyle and takes us on the road with him when he “runs away” and joins a circus in 1940s America. For Lax, the circus becomes a metaphor for life itself – the cycle of life and death – and for human yearning and striving.

Along with co-librettist David Henry Hwang, this creative team will bring Lax’s poetry and transcendental vision to the stage, through an innovative and highly-accessible fusion of circus and opera.

Philip Glass, born Jan 31 1937, is an American composer, one of the most influential in contemporary music. He has written operas, symphonies and chamber music as well as music for film, theatre and television.

Arguably, he is most famous for his ”Portrait trilogy” - the three operas ”Einstein on the beach”, ”Satyagraha” and ”Akhnaten”. His influence on contemporary classical music is difficult to overestimate. He is often described as a minimalist, but prefers to call his work "music with repetitive structures".

”I have had the rights to the poem for about ten years, but I couldn’t write the piece because I hadn’t found my circus. When I saw Tilde’s staging of Satyagraha it struck me: Here’s my circus”, states Philip Glass.

The show will be directed by Cirkus Cirkör’s founder and managing director Tilde Björfors, who is also responsible for the set design.

The cast will comprise, amongst others, of soprano Elin Rombo. Rombo is well known for her depiction of Eritea in Cavallis Eliogabalo at the Opéra National de Paris and as Queen of the Night in Mozarts The Magic Flute at Staatsoper Berlin.

This fall she sang the title role in Rufus Wainwrights Callas-inspired Prima Donna at The Royal Opera in Stockholm.

Circus Days and Nights will be a boundary-crossing performance that brings the circus ring into the opera house. 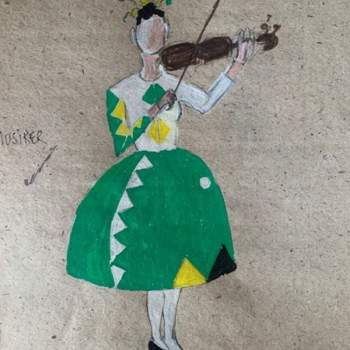